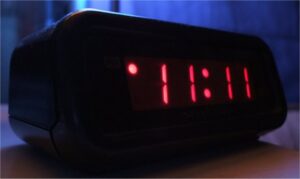 I’ve been wanting to communicate directly with the world through another medium other than music for many years now. Ever since the year 2000, I’ve  been on an seemingly endless quest, in the search for a truth revealed to me then. The simple yet profound message given to me, took me over fifteen years to understand, another seven years to integrate and I’m still walking the path. Why have I decided to talk about it more openly now? It’s very simple really. The current situation in the world needs it.  I feel that the universe is asking those who are its initiates, to begin to share their trials, their tribulations and all the experiences that lead them to a greater coherence with themselves and Life. 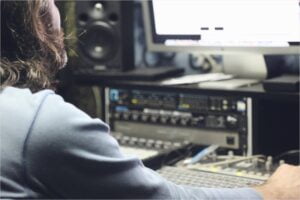 I suppose that most of us have a soundtrack that could easily define most of the crucial moments of our lives. I ‘m the same, like most people in the world, music has had a great impact throughout my lifetime. When I was young I use to love to dance.  I couldn’t wait to put on a fancy dress and perform some kind of practiced choreography for every guest that would ever come to our home. My love for music went through many stages, from playing/singing in school bands, Deejaying in bars and clubs, working on the inside of the music business to eventually creating, producing and releasing my own tracks. When I started to write music back in 2007, I think it was, the intention was to share, through my lyrics, my experiences in Life. That initial intention got lost along the way, later to be found, but that ‘s a story for another post. Suffice to say that to this day, music still has a very important role in my life.

How it all started for me 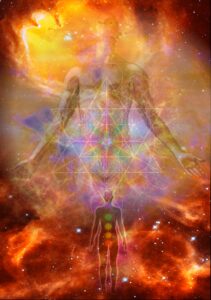 I don’t know that everyone’s path towards awakening is the same. I can only relate to you what I have experienced myself, in flesh & bone as they say. Anyway, from what I can tell, many who are on the path of awakening are all eventually coming to the same conclusions and realisations, each based on their own unique life experience. How does the saying go? All roads lead to Rome?

For me, Divinity took the form of violet fire, with streaks of pink and gold, waking me from a sleepy slumber. This wondrous fiery sight engulfing me, with the added presence of its uniquely penetrating fragrance of musky flowers, was engaging me on all levels. This presence, used “I am” to convey its message to me. What was revealed, to cut a longer story short, goes something along these lines: “I am the Universe”. “I am one and in all”. “As above, so bellow.” ” The Universe is inside of you”.  I suppose that you can imagine, that I was wondrous, excited and slightly fearful all rolled into one during this experience. As of when my attention was caught by another energetic manifestation hovering above me close to the ceiling, this initial contact was brought to an end when I felt that I was being lifted off my bed. I felt I was to be taken somewhere, literally, on the physical level. I felt fear creeping into me at that moment. I turned my head away from the ceiling, said no out loud, and concentrated on the fiery presence engulfing my person instead, until I eventually went back to sleep. That was the beginning of my story.

So why have I decided to start communicating my experiences at this moment in time? Like I said before, the world needs it.  Most of us were already unhappy with the worldly society before the scamdemic come into being two and half years ago. I assume that most people where already searching for their own coherence, happiness and truth before all this drama kicked in. Through fear and manipulation we’ve witnessed how people have been coerced into doing the unimaginable, forgetting all their supposed morals and values along the way. The official narrative has been bombarded at us so intensely, that the societal powers that be, even managed to get the sleeping sheeple to police and preach the official worldly-state propaganda to the rest of us. We’ve reached a turning point in history and our race needs to grow up at this time.

How on Earth has all this been possible? 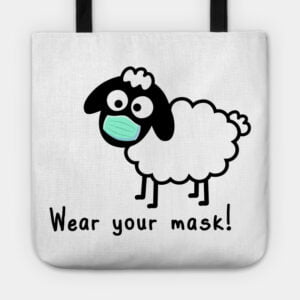 If you asked me why and how has all this manipulation been possible, I’ve come to the realisation that in reality most people don’t believe in anything. They say that they do, that they believe in blah, blah, blah, but in reality they don’t. The concept of Love, Man, Woman, Divinity and Humanity have been severely twisted in the collective human psyche, this has been done intentionally so and adds to the confusion. Love has become something cheap, that can be used to manipulate someone; “If you loved me, you wouldn’t do this or that” for example. As far as being Human, most people can’t see the Human Race as being anything greater than the virus-like human facade which has been handed us. On the other hand, lately, it seems that the Masculinity or the Femininity in someone, is something to be measured by the success of their projections and social media following. There are men who don’t feel like men, as well as women that don’t feel like women, nothing surprising there considering there is a self hatred thing going on with our species and the standard of the modern idols. Lets not forget to mention that the more earthly aspect of human life like family, community and the inherent values they brought us, have also been tarnished and broken in time by the same design.

It’s time for us to decide.

So it seems that we have an identity crisis as a species. We can remain with this three dimensional incoherent model of humanity that we’ve been handed, or we can search deep within ourselves, breaking the old models, deciding who and what we are on an individual level, as well as a species, therefore rediscovering and redefining our purpose for what the Human Being has come to be. 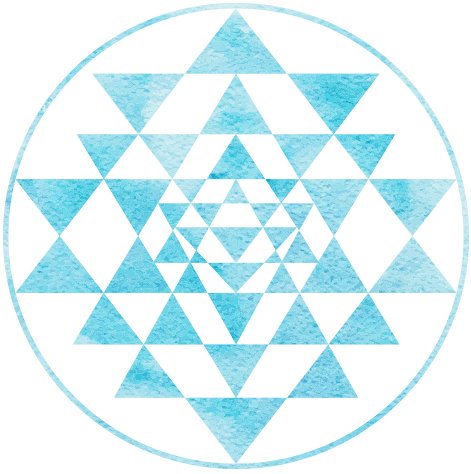