The construction of a new reality…

Throughout our history we have created bridges to join what was once disconnected. Lets say that previous to the existence of the bridge, the journey was perilous and only a few could make it across. Of course this meant that the path needed to be studied in detail and mapped, before the foundations of the bridge could be laid. Without belittling the construction of the foundations or the bridge itself, once materialised, this new manifestation meant it was easier for others to cross. This simplified what was once an impossible and dangerous journey for most. In reality, I am not particularly into bridges or architecture for that matter, so why on earth would I even be talking about bridges? The kind of bridges that I want us to talk about are within our collective mind framework. The kind of bridges that not only bring light into the collective subconscious from the conscious, but the kind that could also rewrite our DNA by the intervention of our connection with our own superconsciousness.

Let me simplify things a little. Without going into Jung’s theories on matters related to the human collective mind, we could simply focus on the animal kingdom instead. Studies published and shared in past years, alongside the domestication of many different species of animals, has brought into our collective awareness that all animals, including the wild ones, are far from inferior beings which function on basic instinct alone. In fact animals have shown us time again that in their own way, they communicate, have emotions, empathy, interact socially amongst themselves and with other species even. Take monkeys for instance, I’m sure most of us has seen at least one documentary portraying their hierarchies, their use of tools in order for them to acquire their sustenance, refuge and so forth. It has been found that such learned behaviours can pass into the realm of instincts, bypassing the need for the behaviour to be passed on or taught. Lets take beavers as another example. Not only do they have complex social structures, but it has been found that their ability to build a dam, which is their own refuge and home, is innate. The beaver simply needs to hear the sound of running water in order for this innate ability to be triggered. Magical! We could surmise, that a learnt behaviour solidified across space-time in enough members of a collective, has the possibility to be rewrite DNA and becomes common information/behaviour for all members of the same collective.

We are co-creators in all this…

As all things related to this material existence, there are polarities involved. Rewriting DNA  can go one of two ways, evolution or devolution, but for the purpose of this post, I’m referring to the positive aspects. As co-creators within our mother planet, regardless of our individual degree of empathy/consciousness, our creativity as a species is more than evident in all human culture; current and gone. As a species we have been able to reach into the depths of our being, our imagination, creating things on the physical plane in order make our lives more confortable, more peaceful, as well as elevating our sensory experience. Our creativity is so much so, that entire cities have been raised in what would normally be considered inhospitable surroundings. We have created arts out of anything and everything relating to the human experience itself. Take language, literature, art, music and dance as examples, as well as all the different spiritual paths and disciplines that exist at present time. This present moment requires of our creativity, courage and ingenuity, in order to make an art out of our existencial experience and evolve organically, as a species, into the next phase.

In the end, we are all searching for the same thing… 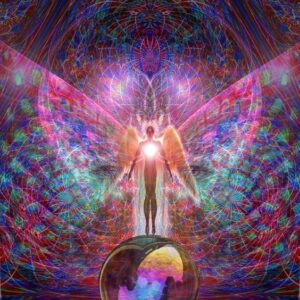 I know that many have dedicated their lives to the search for a greater coherence and meaning, in regards to our existence in this material society. Whichever path you chose to explore, it is likely you chose it, because it related to your own personal search for the Divine, happiness, love, peace, etc…  It’s Universal. Same same, as they in India. We all want the same thing regardless of the colour of our skin, social stance or religion. In regards to all this, our creativity has been put to the test in these last few years, as we are having to use all the creativity we have, all the tools at our disposal, so that we can maintain ourselves in equanimity within this insane global simulation. The reality is that many souls have incarnated in this and over many other lifetimes, in order to be here and now, in this precise moment in time. We are at a particular moment in our history, where we find ourselves at a crossroads as a species and we can go in one of two directions. I know this is not a news flash for all of you, so that’s why I’m left wondering, where are you? Where are my brothers? My sisters? Where is my galactic kin?

How much more are we to endure? 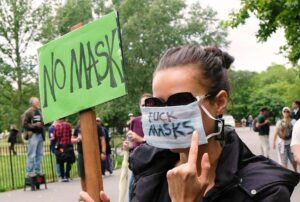 Forgive me for saying so and correct me if I am wrong, but our spiritual icons and the communities at large, have been pretty silent these past years. It’s crazy considering the current madness goes against the very core of the teachings they uphold. It seems from the outside, that they are acting as if nothing is happening and its business as usual. So why the silence? I can understand the fear. I can understand that there is doubt. I can understand that we are all perceiving a lack of integrity, compassion and love in the world, and it can feel overwhelming. However, if all the ‘awake’ people remain silent, the herd will simply go where they are told to by the powers that be and in turn, this will likely affect us all in time, no matter how enlightened we are.

Some of us might have made concessions along the way because for a while, we really believed it was for the greater good and we knew we had the stamina to endure the test. I hope that we’ve come to realise that these concessions have contributed towards the manifestation of an even more distorted view of reality than we had before, as has the silence. These concession have had, are having and will have repercussions for time ahead in our communities. Besides everything else that the system has already thrown at us, as of September, they will likely be hitting us with more lockdowns, coercive measures and other ridiculously illegal legislative obligations. It is true that the path is individual, yet at the same time, we are all one. Let us not forget this. Do we want our fellow beings to endure more of this madness? You might be able to take the punch, but, can they?

Stop making any further contributions into the implementation of this demented techno reality. Lets make our own bridges instead, so we may all head towards a new reality filled with all the love and expressions of what it means to be a magical, multi-dimensional, organic Human Being,  Lets manifest in the outer realms and share the treasures discovered from within with others. I’d like to imagine a time in the not too distant future, where we will be creating art, writing songs and poetry even, in order to honour, commemorate and celebrate our transcendence of a three dimensional prison in which we were once lost. I invite you to do the same and co-create this reality as of this day. You don’t need to be a talented musician, artist, painter or even a stone mason to build the kinds of bridges that we have been talking about. Instead, you just need to persevere, have a candidly open heart, incarnate what you are, what you truly believe in and let the Universe do the rest. We have a creative and primordial role to play at this stage in the game, however small your truth is, the world needs it at the foundations of the bridges we are co-creating towards a new reality. It’s never too late to share with others the wisdom of your own heartfelt experience and contribute towards a more wholesome existence. We could allow ourselves to be the sound of running waters that the beavers need to hear.